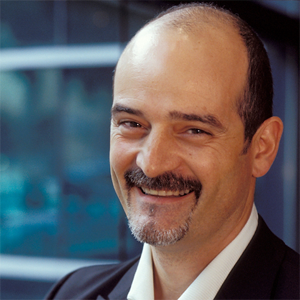 How many people do you know suffer from burnout? The excessive demands of our globalized and competitive world have led to an increase in employee stress. What role does a manager play in regulating this environment and giving meaning to work? Are there management models that can create a positive workplace? Dominique Steiler shares with us his vision for reducing stress in the workplace.

Dominique is an ex-fighter pilot and holds a PhD in management and psychology. He leads the Mindfulness, Well-Being at Work and Economic Peace chair where he encourages managers to rethink their vision of the workplace and reconsider the end-goal of a company. In partnership with 11 companies, the chair aims to develop sustainable and efficient economic systems.

For the past 20 years, stress in the workplace has been one of your specialties. What are the primary factors that have caused work environments to deteriorate over the past years?

Globalization has led to increased competition between companies. This trend is based on the belief that only efficient and competitive companies can survive uncertain times. Such reasoning has led to excessive expectations for performance. Ten years ago, burnout was mostly contained to managers. Now, it affects all employees. Companies rely on a model that has been turned upside down.

If you take for example high level athletes, they are asked to produced intense efforts over a short period and then rest for a long time. On the other hand, companies are asking their employees to produce the same efforts, but to continue performing at such levels without pause. It's impossible to live like this.

But isn't the goal of a company to generate maximum profit?

Companies definitely have to produce value if they want to exist over the long term. But they are not economic entities driven by social activities. They are social entities driven by economic activities. Their end-goal should be to improve well-being and cooperation in order to create a better life. Hobbes is often quote as having said: "Man is wolf to man." Yet the underlying meaning of this quote is that when people find themselves in dangerous situations, they become wolves to others. This is really a different vision.

Anthropology clearly explains that humans have always had to cooperate. It's in our nature to be cooperative. Of course, we also have the potential to be competitive. But survival comes from solidarity. Unfortunately, most managers only aim to create financial wealth. We have pushed this profit-oriented vision to the point of creating an economic war.

You believe that an uncertain environment weakens us and encourages aggressiveness and competition. What managerial approach do you promote within the Mindfulness chair?

For employees and managers, we encourage an approach based on a culture of service, common good and responsibility. Managers have to be aware that the higher up they climb the company ladder, the more they have to be of service and create an environment that offers freedom and security. This is what allows each employee to effectively do their job.

It's essential for companies to have a strong collaborative spirit. This concept is inspired by the idea of a "servant leader", which is much like a minister or samurai, two words whose etymology mean to be of service. This vision is what allows a powerful leader to create an environment that provides recognition and enables creativity. While managers are at the service of others, they also keep their "katana" or discernment.

In other words, if rules are not followed, a manager has to be able to rectify the situation without violence. This is why it's essential for managers to have the ability to step back from a conflict and use their discernment. When conflicts are well-handled, they lead to debate and solutions.

We created a non-contractual model based on donations to a foundation and the cooperation of all partners, including our research institution which is not only a recipient of the donated funds. The goal is that if a company donates €100, then the entire sum is dedicated to research. The researchers' salaries are paid for by Grenoble Ecole de Management. This model has proven to be efficient and sustainable because the project, which was initially supposed to last three years, has been extended for another three years and attracted new partners.