The Dark Web: A Solution for Company Security? 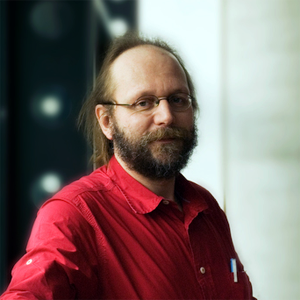 Tor was developed by the American Army in the beginning of the 21st century. It enables more than two million users to anonymously surf the web on a daily basis and access dark nets, a web of networks hidden from the eyes of most internet users. While the dark web has garnered much negative press coverage, Jean-Philippe Rennard, a professor of management and technology at Grenoble Ecole de Management, shares with us his perspective on this hidden side of the internet and the advantages it can offer businesses.

Who uses the dark web and for what can you use it?

The dark web is an ecosystem of communications and publications that are both anonymous and secret. This system is used by those who need to safeguard their anonymity and keep secret their exchanges. Users include investigative journalists, activists, dissidents and players from the underworld.

For the moment, the only companies to use these tools are those on the cutting-edge of data security  and privacy. Overall, the majority of companies and the general public are only vaguely aware of the risks they face every day.

You highlight that the negative reactions against Tor are absurd. Why?

Various authorities have attacked Tor for its link to terrorism because it is an easy target to speak about. But in fact, Tor is far from the best tool a terrorist organization can use. And we have to remember that more than two million individuals use Tor every day. Not all of them are terrorists or criminals.

Most are simply people such as journalists, lawyers, dissidents or homosexuals in certain countries who need to protect themselves. To attack the dark web is to attack the freedom of information.

What dangers do companies face?

The information leaked by Snowden clearly indicates that economic espionage is an integral part of major surveillance programs. Various sectors such as energy, transportation and biotechnology are explicitly targeted by intelligence organizations. We know that surveillance programs spy on negotiators and the contracts they are negotiating in order to provide American companies with strategic advantages during a negotiation process.

The document NSA France: Economic Developments, which was published by WikiLeaks, underlines a strategy of long term surveillance to obtain economic and political information about French companies and authorities. In particular, the document highlights the need to obtain information about major projects in the fields of telecommunications, energy and health. The strategy also requested information gathering for all projects worth more than 200 million USD.

In addition to intelligence organizations, we know that certain companies call upon organizations to spy on their competitors. There are also cyber criminal groups that are continuously searching for sensitive information to blackmail or extort their victims.

As a result, it is essential for companies to think about protecting their secrets. In general, most companies have limited knowledge about the risks they face when using electronic means to communicate.

For example, businesses often send unencrypted emails and attachments. Yet there are techniques that make it relatively easy to intercept such exchanges. No one would send their answer to a call for projects via a postcard that can be read by anyone. Yet that is exactly what happens for most users when they use electronic communications.

What resources or solutions would help small and big organizations take advantage of the dark web?

A dark net is a tool that can offer significant  protection. The goal is for companies to protect themselves from criminal and intelligence organizations as well as competitors.

All companies should use an encryption system such as GnuPG for their emails, or at least for emails containing sensitive information. Setting up such a system is quite simple and can even be implemented by smaller IT departments.

Given the fact that major intelligence organizations have vast resources at their disposal, it can be a good idea to use a dark net system to provided added protection during the negotiation of very sensitive contracts.

What is the role of the dark web and its tools in the future of business?

Companies have to learn how to protect themselves. The interception of data exchanges is something that has become common place. For example, criminal organizations run software robots that continuously search for information leaks.

In the future, everyone will have to use encryption to protect their exchanges. The same can be said of tools for anonymity when dealing with highly sensitive interactions. The dark net offers a powerful and open method to ensure such protection.

Company leaders have to understand the fact that exchanges within their own company can be intercepted. They have to act to protect their company from this risk. Encryption has become a tool that is essential to protect a company's competitive edge.