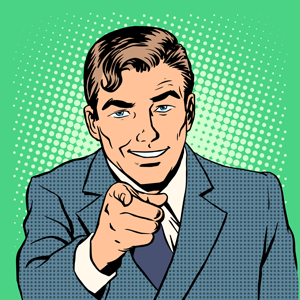 Shan Zhao, a professor at Grenoble Ecole de Management, carried out a study with 1,926 major American companies. The results of this study highlighted that companies led by a single leader displayed better performance in today's competitive and complex business environment.

Until the early 90s, more than 80% of American companies were led by a CEO. In 2010, this percentage had dropped to 54%. The reasoning behind this evolution held that a company guided by two leaders was more likely to follow the company's interests instead of shareholder interests. However, the study carried out by Shan Zhao between 1979 and 1998 comes to the opposite conclusion: Among the companies in his study, those managed by a single leader had better business results, in particular during tense economic periods.

For example, the study examined the consequences of the 1989 Canada-United States Free Trade Agreement which eliminated or reduced barriers to trade such as tariffs. Companies were more or less successful in responding to this change based, in large part, on their management structure. Companies led by a CEO demonstrated strong capacities for adaptation and therefore had better results than their counterparts. Their Tobin's Q ratio, which measures the impact of company investments on market value, was three to four percent higher than companies with dual leadership structures.

A better flow of information

How can we explain these results, given that a dual leadership organizational structure has become the norm for many businesses today? First of all, a single leader has the capacity to make strategic decisions quickly. In addition, single leadership models benefit from better information collection, processing and sharing, which are important ingredients for thriving in our modern competitive context. "Wasting time and a lack of information can quickly lead to missed opportunities." explains Shan Zhao.

An organizational structure that supports innovation

The study also highlighted that the increased performance demonstrated by single leader companies was all the more marked for companies in highly innovative fields (IT, high tech,...). In these markets, the ability to react and adapt quickly is critical.

Given the growing uncertainty and competition in our economic environment, the question of single or dual leadership is still worthy of debate due to its strong impact on a company's ability to adapt to change.