The French Are Champions of Individual Optimism and Collective Gloom 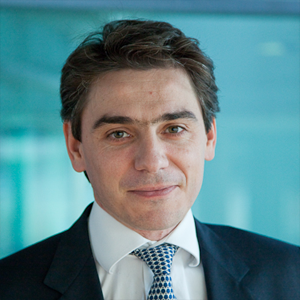 The study highlights: "CFO optimism has stabilized to match slow but positive economic growth." What factors are responsible for expressed confidence levels?

"On a global level, the primary factor is the availability of liquidity because central banks have provided businesses with abundant access to credit. The most recent declarations by Mario Draghi, the President of the European Central Bank, suggest that these positive conditions will continue. But we have to be careful that these liquidities are not transferred solely to financial markets. The second factor is a weak recovery. The past few years have demonstrated that this economic cycle is less pronounced than previous cycles, a fact that suggests the risk of an economic slowdown should also be less pronounced."

Why do French confidence levels (48.1) remain well below those of their European and international counterparts? How does this low confidence level fit in with the fact French CFOs predict 7% growth in turnover versus the 5% growth expected globally?

"European companies expect a growth in turnover of approximately 5.1% in 2016, in particular thanks to French predictions, which expect growth to be around +7%! This is really the French paradox: French CFOs are positive in terms of their own company (61.3) but pessimistic about the French economy. While many regions also report differences between expectations at the company and state levels, only France has a discrepancy that is almost 14 points wide. The French are champions of individual optimism and collective gloom!"

Productivity in Europe and the United States has slowed down in part due to aging production equipment. Could you speak about France's specific situation?

"The past ten years have included deep economic crises and slow recovery, as a result production equipment has aged. This has most likely contributed to slowing down French competitiveness. Forty percent of French CFOs report that their production equipment is more than five years old and very few of them reported recent investments in equipment, which would have lowered the average age of their production equipment. These statistics are in line with what we observed in Europe and the United States. The aging of assets in place is seen as a factor responsible for lower productivity around the world. However, this factor is all the more present in France where 66% of study participants speak of aging equipment (versus 54% in the USA and 56% in Europe)."

For 62% of CFOs in Europe, the immigration crisis is more difficult to manage than the debt crisis. Why?

"We have a pretty good understanding of how to cope with excessive debt for organizations or states. However, the same is not the case for dealing with a massive immigrant exodus. In addition, the debt and immigration crises have merged into one problem in countries such as Greece, where the state is fighting every day to reimburse its debt all the while trying to find resources to welcome refugees. In fact, an agreement might even be made to reduce the country's debt in exchange for its welcoming of refugees. Finally, it is interesting to note that in some countries such as Germany, the flow of immigrants can be perceived as an opportunity to overcome the challenges of an aging population. This perspective does not apply so much to France as the country has one of the highest birth rates in Europe"