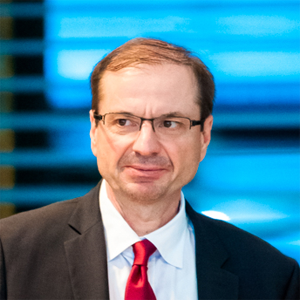 To illustrate his vision, Loïck uses the housing estate as a simple example of this theory. We can all understand the idea that the value of our house is inherently tied to the value of our neighbor's house. Through this concept, the Dean of Grenoble Ecole de Management offers a radical new way to consider relationships between companies, organizations, political parties and individuals on the basis of his Housing Estate Theory. The goal is to work towards interactions that encourage co-construction, co-evolution and co-growth.

Your work underlines the virtue of togetherness. Can you elaborate?

What holds true for houses in a housing estate also holds true for higher education, organizations, companies, political parties and even our families. Unfortunately, when we are in competition, we tend to focus on destroying our competitors instead of working together to improve.

We have to be aware of this destructive force that exists within us (and it starts with jealousy). Today more than ever, we have to fight against individualism that focuses on protecting our little, personal interests. We have to work for the public good.

Can you give some examples of negative practices between competitors that destroy instead of build?

Business schools and universities tend to be a good example. Often times, the focus is more on describing what others do badly instead of describing what we each do well. Another example is the criticism that elites simply reproduce among themselves. Pointing fingers does not help. We have to work on what will concretely bring people into the fold.

Think of trees. When in a forest, they limit each other positively to grow straight and tall. A tree in the middle of nowhere will only end up being a shrub. The idea is not to eliminate competition, but rather to put it in the right place. At first, competition was the idea of "running with", which creates team spirit. This is essential if we want to build the future together. When a company reaches the top, its goal should be to pull others towards the top.

What are concrete examples of virtuous practices that companies should implement?

You gain so much by being neighbors with those who do better. Instead of trying to be stronger than others, we have to try and be stronger than ourselves. We have to change our perspective and change how we see our relationships with others.

When you apply the housing estate theory to our interactions as individuals, then we are talking about the capacity to listen to others, to really listen! In other words, this means helping others develop their argument instead of being quick to disagree and express our own argument.

What is the impact of negative competition on an international level?

We are in a drastic situation in terms of the competition between our nations. We tend to prefer destroying things that work instead of working together to improve things that do not work.

The Brexit is a perfect example. "To anticipate is to govern." There was almost no anticipation and therefore no real work was done to prepare for a scenario that was made possible by this vote. If the British chose to leave Europe, we have to ask why. Why did populism win?

If Europe is in such bad shape, we cannot just sit on a chair and speak ill of it. If Europe is in such bad shape, then we have to search for the cause. When we find it, we have to correct it. Political figures tend to prefer to focus on avoiding the responsibility for anything negative. They should start by coming back to their first responsibility, which is to work hard.

Could you elaborate on the idea of outdoing yourself instead outdoing others?

The most important thing is to improve yourself, not to do better than others. The key is to build a beautiful boat. To do the best we can. To have a framework built on ethics, kindness, openness, courage, engagement and responsibility. These values should guide our actions and our interactions.

We can choose to be firmly optimistic. The values laid out in the Housing Estate Theory are consistent with other emerging visions such as the sharing economy, collaborative economy or sustainable development. We have the duty to ensure the world does not unravel. To be successful in this endeavor, we must set the foundations that will help rebuild the health of humanity.

To read more (in French)