How Do Film Festivals Survive and Succeed? 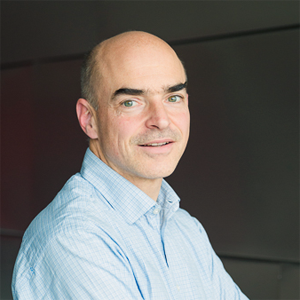 The Cannes Film Festival, which is one of the most well-known festivals in the industry, has continued to draw attention and meet with success since its creation in 1939. Other film festivals, such as Annecy's International Animation Film Festival, have also managed to develop and attract attention year in and year out. What are the key factors that contribute to a festival's birth and success?

We speak with Charles-Clemens Rüling, a researcher at Grenoble Ecole de Management, about the evolution of the Annecy International Animation Film Festival. From 2006 to 2015, his research work* focused on the origins and development of this festival. In addition, he has also studied many reoccurring events such as the United Nations Climate Change Conference.

How did the Annecy International Animation Film Festival come to start?

What key moments allowed Annecy's festival to renew itself and maintain its success?

It is always a major challenge for a reoccurring event to attract attention and success every year. You have to satisfy an event's traditional participants as well as evolve to stay up to date with the industry in terms of technological, economic and artistic advances. Annecy's festival went through several critical turning points.

In the 1970s and 80s, the animated film industry saw an explosion in demand for commercial animated films, especially for television. During this phase, the festival went through a period of great tension between the festival's artistic director in Paris and the local organizers. Organizers in Annecy clearly expressed their desire for the festival to be oriented towards the general public. The resulting evolution, which was supported financially by the French National Center for Cinema (CNC), led to the festival opening its doors to a wider audience and welcoming animated films for television and digital media as well as full-length feature films.

In 1985, the festival also created an international marketplace to help selected animated films find distributors. Following this new approach, the festival's success grew to reach a peak in the 1990s where it had to refuse up to 80% of the films submitted to the selection committee. To overcome the frustration caused by its own success, the festival went from being a biennale festival to a yearly festival in 1997. This allowed the festival to recruit a permanent team of organizers and helped it position itself as a major player in the animated film industry.

What factors contribute to a festival's success in general?

The Annecy International Animation Film Festival was created in 1956. Often times, being the first is an important part of ensuring one's success. But there are also crucial elements such as creating recognized symbols and events within a festival. At the Cannes Film Festival, festival participants and followers have come to expect certain rituals during the festival: the artists climbing the stairs or the official announcement of selected films.

Success is also based on the various interactions and events created during a festival. At Cannes there are side events such as the "Un certain regard" section of the festival which was created to recognize young talent. Many industry players also interact thanks to the festival's role as a marketplace. A serious challenge for festivals is managing change. These events have to deal with disagreements, boycotts and tensions created by the various stakeholders. The ability to overcome risks and take decisions by mobilizing an event's key players is an essential part of staying in the game.

In the case of Annecy's festival, the event builds on its prestigious origins found in the Cannes Film Festival all the while differentiating itself as being an event dedicated to animated films and focused on the general public. The festival has also set itself up as an important learning environment in which industry professionals can exchange, train and boost their creative process. Being able to contribute to innovation in an industry is an essential part of the festival's success.