Innovation Not a Priority for SMEs 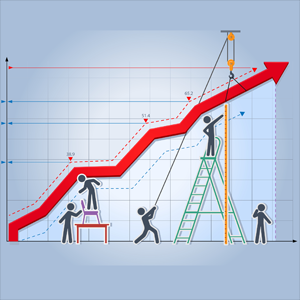 The majority of SMEs with less than 500 employees indicated in their answers to the Grenoble Ecole de Management/OpinionWay Innovation Barometer survey that they preferred incremental innovations rather than disruptive innovations.

Researchers were surprised to learn that only 59% of French SMEs questioned by the survey believe that innovation is an important factor for company growth. Instead, three factors (quality, reactivity and productivity) were listed as priorities by company leaders.

A fear of disruptive innovation?

While the good news is that 94% of these companies attribute specific resources to innovation, which is 18% more than in 2014, the majority of these companies rely on this innovation capacity to simply improve their products and services. In fact, only 14% of them reported having developed a disruptive innovation over the past year.

Yet, innovation also grows out of disruptive strategies that allow businesses to adopt new economic models (think Airbnb, Uber or Book.com). The lack of disruptive innovation among SME leaders can be explained by the fact that innovation has not been fully integrated into their business model and is far from being an essential part of their strategy for growth.

The survey shed some light on this issue by highlighting the fact that most business leaders did not really know what a business model was. While 43% of them reported that they had already heard of the term, only 16% of them voiced actual knowledge of what the term meant.

A positive business environment for innovation

In contrast with the lack of disruptive innovation, 60% of SMEs in the survey reported that their external environment was favorable to innovation. In concrete terms, 49% of them stated that the political, regulatory and fiscal context was positive (versus 26% in 2014). In addition, 84% of business leaders consider there to be a positive business environment for innovation.

"The SMEs surveyed by the barometer believe that the external environment is favorable to innovation, especially in terms of the political, regulatory and fiscal environments. This appears to be the factor which has most improved since 2013. The numerous tax breaks set up for research and innovation over the past ten years appear to be having an impact on SMEs. Unfortunately, such financial policies also seem to be insufficient to really develop our SMEs capacity for innovation." explains Thomas Gillier, a professor at Grenoble Ecole de Management and a specialist on innovation and creation methods.

A lack of knowledge about tools for innovation

In our digital era, new tools are available to help companies innovate quickly and easily. Among these tools, crowdsourcing for example is a new buzzword that describes the process of obtaining services from large groups of people often found in online communities. Yet only 14% of SME leaders had heard of the term.
"In large companies, these new tools have been growing strongly over the past ten years. These techniques could really provide SMEs with a new path towards greater development as they help accelerate the innovation process by allowing them to collaborate with external partners such as clients, suppliers or users." concludes Thomas Gillier.

Innovation and the COP 21

Sixty percent of managers interviewed by the survey do not believe the COP21 will lead to more restrictive international agreements.

"This result can been seen as an echo of the conference held in Copenhagen which destabilized the general trust in the UN process. Nevertheless, 49 % of managers did indicate that they believe restrictive legal agreements could have a positive impact on investment in various industrial sectors, in particular in the energy sector." explains Mélodie Cartel, a researcher at Grenoble Ecole de Management. Forty-three percent of people questioned by the survey stated that the major challenge to overcoming climate change is the social acceptation of technological innovation (cost was the primary challenge for 27% and technological innovation for 23%).
Discover the study results in our video
or find a more complete version in eBook format