It Pays to Be Polite 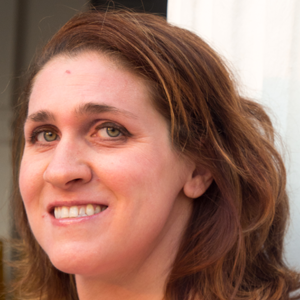 Civility in the workplace has an impact on all levels of an organization. Research demonstrates that teams perform better when managers are respectful. Clients appreciate interacting with a business that is polite and respectful. And Alexandra Gerbasi, a professor at Grenoble Ecole de Management, highlights in her research that politeness also provides individuals with direct benefits. In short, polite people are more successful.

The most common objection to civility is the idea that if we are polite, people will take advantage of us. "Being civil, does not mean being a pushover." Alexandra explains, "Civility is based on respect. This includes the ability to say 'no' in a firm but polite manner. You don't lose anything by being respectful."

These days, everything is about networks. "You never know when you're going to need something or have to ask for help. When you're polite and respectful, people will go out of their way to help you." says Alexandra. Overtime, the positive effects of being civil start to add up.

People who are civil gain efficiency in their day to day tasks because they have a network that is willing to support them. They also boost their career advancement. Alexandra highlights the example of an executive in the healthcare industry who was recognized for her civility. When a key position became available in another location, she was the first person contacted by leaders. They pursued her for the position because she had won them over with her interpersonal skills.

The costs of incivility are enormous

Past research has demonstrated that there is a negative relationship between a person's agreeableness and their income. Incivility not only impacts you, but those around you by making them feel small and limiting their contributions. As Alexandra explains: "If you treat people badly, all the technical skills and confidence in the world will not get you to the top.

Being civil is a crucial part of being a leader." Following a study of nearly 20,000 employees worldwide, Alexandra found that a leader's respectful behavior had the single most powerful effect on employees. People who reported that their leaders treated them with respect were 55 percent more engaged in their work.

As with all interpersonal skills, improving civil behavior requires awareness. "Most people don't try to be disrespectful on purpose." Alexandra adds, "We learned that only four percent of people claim to be uncivil simply because they can get away with it."

Whether you're trying to improve civility on a personal level or an organizational level, the first step is to be aware of what you are doing. Tools such as coaching or 360-degree feedback can help raise awareness. Alexandra highlights that "many leaders are in fact shocked by the feedback they receive."

Enlist support from those around you

Your team can provide valuable feedback. When trying to improve, select one behavior and experiment with it. "After a meeting for example, you can ask your team if they noticed an improvement on a specific behavior." explains Alexandra. In addition, this dialogue creates a positive environment and encourages open exchange. As a result, team members understand that they can rely on each other for support.

On an organizational level, it is important to remember that leaders act as the role model for an entire company. "The impact of a leader's behavior can be all the more forceful in small organizations like startups. Such firms are generally organized in a horizontal manner which means everyone works together all the time. Problems of incivility can be quickly amplified in small environments." says Alexandra. Whether it is by implementing official rules for civility or simply by setting the example, an organization's leader plays a pivotal role.

Despite your best intentions, cultural differences can lead people to misinterpret your behavior. Alexandra explains that "giving feedback is often a very delicate aspect of intercultural relations. There are stark differences, for example, between the direct feedback expected in American business culture and the indirect feedback given by the Japanese. Non-verbal cues such as eye contact, greetings or gestures can also be quite different from culture to culture."

Knowing your audience brings us back to the first essential point: awareness. Alexandra concludes with the advice that "we have to be thoughtful and reflective. Whether it's for your career, your team or to interact with international partners, civility unites warmth and competence. It's a skill that accounts for 90 percent of positive impressions. And self-awareness is the first step to realizing if you're really as polite as you imagine."