Launching a New Product in France 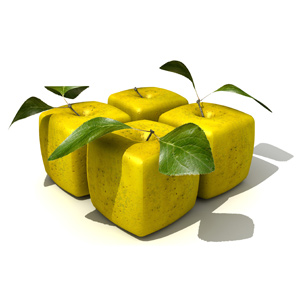 It's no easy task to launch a product in France even if it's already successful abroad. How to get teams to work together when they don't know each other? How to adapt a product to fit the French market? How to innovate with a product? Fruit Shoot by Teisseire illustrates one successful approach to this challenge.

Teisseire, the leading French syrup company, was bought by the British group, Britvic, in 2010. As part of the British group, Teisseire's first challenge was to launch Fruit Shoot, one of the preferred fruit drinks for kids in the UK.

Teisseire, located in Crolles is known for its numerous innovations and Britvic is one of the major players in the European soft drink and syrup market (#2 in the UK at the time of the takeover).  The British group's goal was to penetrate the French market and more generally, the western European market. To start, Britvic chose to use its product Fruit Shoot, which has already been successful in the UK for the past ten years.

Teisseire was charged with launching the product and had to overcome three key challenges: to sell a product different from its traditional products (syrups to be diluted in water), to adapt the product to fit the French market, and to work with Britvic teams that were located outside of France. Grenoble Ecole de Management students worked on this challenge and were guided by Christine de Gaudemaris, a professor at GEM who published a case study on the subject for the CCMP (organization for pedagogic medias and case studies). The professor shares with us the three key factors that led Fruit Shoot to be successful in France.

Britvic teams provided Teisseire with their ten years of product experience on the British market. "They also shared feedback from the launch of Fruit Shoot in other countries." adds Christine de Gaudemaris. On the French side, Teisseire's parent organization, Fruité Entreprises, shared knowledge of the local market and fruit juices. In addition, meetings were organized between the various teams to develop trust and create a fluid work environment.

One of Teisseire's challenges was to market a product that did not fit its traditional product range and whose packaging had to please children and earn the trust of mothers. "Qualitative studies were carried out with groups of mothers who already bought fruit drinks for their kids. Interviews with kids and mothers in supermarkets provided information about the price, the packaging and the taste. Questionnaires were given out and organoleptic tests were carried out to understand how to adjust the product taste to match French consumer habits." The results of these studies showed that while the packaging, price and sports cap were well liked, the recipes and design had to be completely revisited.

Fruit Shoot is a fruit drink aimed at children and sold in small twenty centiliter colored bottles as well as a 1.5 liter format. In the UK, the product was neither positioned as fruit juice nor flavored water. Instead it was clearly marketed as a fruit drink for kids between the ages of four and ten. In France, the challenge was to find a market position that was adapted to the product. "When you launch a new product, it's essential that it fit in a category in order for it to find its place on a distributor's shelves." explains Christine de Gaudemaris. To succeed, Teisseire decided to bet on creating a new category: children's drinks. "The brand's historic and important relationship with French distributors facilitated the creation of a new category. But it was not an easy challenge." adds the professor.

Seen as fun and practical, Fruit Shoot is positioned as a drink for adventurous children and illustrates the successful launch of a new product on the French Market.