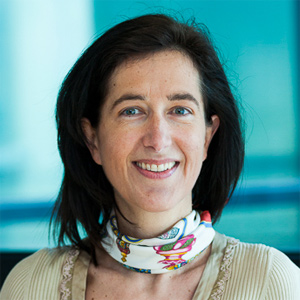 The long term drop in the price of crude oil (under $32 dollars per barrel) is having a major impact on the world economy. The consequences of low oil prices are not to be underestimated.  Isabelle Chaboud, a professor of financial analysis at Grenoble Ecole de Management, explains the economic and geopolitical risks associated with this situation.

What factors are responsible for low oil prices? Why are oil prices expected to remain low?

"The primary factor is an overabundance of supply. The OPEC refuses to reduce its production quota which is set at 30 million barrels per day. This decision is in large part due to Saudi Arabia, which hopes to protect its market share and limit the development of shale gas in the United States.

What are the consequences of low oil prices in terms of the world economy?

"We need to distinguish between two types of consequences. The first impact to consider is on end users and companies. For them, a lower energy bill is good news. In fact, this phenomena is in part responsible for improved growth and competitivity among U.S. companies in particular. However, the most preoccupying concern is the geopolitical impact on countries that are heavily dependent on producing and exporting oil. Continued low oil prices are weakening these countries. According to Reuters, if the price of oil stays at around $30 per barrel, Russia is expected to empty its state coffers within a year.

Venezuela faces even greater risks because the country relies on oil exports for 96% of its economic activity. In 2015, the country's inflation rate increased by 141.5%. The government is nearing bankruptcy with debts totaling more than $125 billion. In Saudi Arabia, 90% of the kingdom's revenue is also generated by oil. The kingdom's deficit is now $89.2 billion, which has led the government to announce radical reforms and a possible partial privatization of Armaco (American Oil Company). In Kazakhstan, the Tenge lost 25% of its value in 2015. The estimated value of the country's national fund also decreased by $13 billion dollars over 18 months."

Starting in 2013, oil-related industries were impacted by decreasing activity on oil platforms. They were hoping the market would take off again in 2016, but this is not the case. As a result, the sector is in freefall. What are the consequences for French companies?

"Two examples provide a good illustration of the situation. Vallourec is a company specialized in seamless steel tubes. According to an article in Les Echos on February 18th, 67% of its sales last year were to the oil industry. The result was a 33% drop in revenue in 2015 (and a 48% drop during its last quarter). With a turnover of only €3.8 billion in 2015, the company had a net loss of €865 million. In addition, the group has implemented job cuts and decided to not pay dividends in order to protect its finances. The French government is also expected to inject €250 million into the company's capital via Bpifrance.

Another company facing difficulties is CGG (previously known as Compagnie Générale de Géophysique-Veritas), which is specialized in underground exploration. The group had to increase its capital by €350 million in January 2016. The company's stock closed at €2.32 on January 11th. However new shares were sold at €0.66 per share on the basis of three new shares for each held. This represents a 72% discount compared to the January 11th closing price. Since the capital increase, the company's stock has continued to drop and closed at €0.47 on February 19th. The French government, via Bpifrance, and IFP Energies Nouvelles have also provided support for the group."