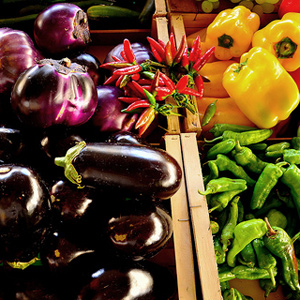 Being local is a strong selling point. The two studies, which questioned 632 consumers from various regions, highlighted the positive bias we have towards local goods. Using two products, apples and cheese, the studies demonstrated that a "local" label provides consumers with a more positive view of food produce in terms of health, taste, social and environmental issues. This positive perception also increased the consumer's intention to buy.

"Food is generally considered to be local when it is distributed and bought nearby the production site. The local label has two characteristics: first, a short distance between the consumer and the production site, between 80 to 100 km, and second, the product belongs to a geographic region the consumer identifies with." explains Aurélie Merle, a professor at GEM and co-author of the studies.

The first study was carried out in two regions (Cotentin and Haute-Loire) using cheese with either a local or national label. Aurélie Merle analyzes the results: "As opposed to their national counterparts, products with either the Cotentin or Haute-Loire label were all perceived as healthier, tastier and better for the local economy and the environment in terms of production. In addition, consumers were more likely to buy the local product."

The second study focused on the Loire populations perception of apples produced in their department versus those produced elsewhere in France. Once again the local label had a positive influence on the consumers' perception of the product. "This phenomenon can be explained by a specific psychological mechanism: Consumers have a clear representation of how local products are produced which in turn creates a positive influence on perceptions and the desire to buy a product." explains Aurélie Merle.

These studies confirm that a label for local products has an impact on French consumer habits. A study by the Natural Marketing Institute in 2010 already demonstrated that 71% of French consumers consider that it is important to buy local (versus 47% for Spain and the UK) and 57% prefer to buy local food produce instead of organic produce (versus 32% for Spain and 52% for the UK).

The French government has also been encouraging the development of local goods. In 2011, the French Ministry of Agriculture launched an action plan to develop local distribution networks with one or no middle-men. Food industry players are also developing their offers and creating specialized brands. On a European level, efforts are being made to set up a labeling system that valorizes local agriculture and direct selling in order to help farmers sell products locally.

As a result, companies such as those in the agrifood business, should take care to consider the "local" factor when elaborating their marketing strategies. "Our results confirm the importance of highlighting the local origins of a product directly on the packaging in order to encourage local buying. This approach can even apply to atypical products." highlights Carolina Werle, a professor at GEM and co-author of the studies.

However, the local origins of a product do not necessarily guarantee its taste, healthiness and environmental benefits. "Companies must be aware of this perception bias." concludes Carolina Werle.