When you work in a multicultural environment, you have to adapt to many different practices and habits. Marie Legrand and Benoît Beylier, both graduates of Grenoble Ecole de Management, share with us their experiences in multicultural work environments.

"Our different perception of time is a key factor."

Based in Dubai, Benoît Beylier is a Grenoble Ecole de Management alumni and the director of a GL Events subsidiary. He manages a team of 25 employees with 12 nationalities. Over his past 20 years working abroad, he has also witnessed the economic boom of Arab states in the Persian Gulf. 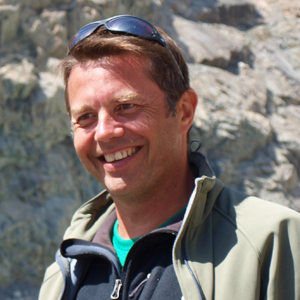 “Our activities in the UAE bring together 20 to 30 different nationalities every week. As a result, our interactions as a whole have been standardized with English as the primary language. However, interactions with local partners are a completely different matter.

Local interactions are characterized by telephone or face-to-face meetings, but never emails. And the notion of time is an essential factor for these interactions. Differences in how we consider time lead to many meetings being delayed before you actually meet, and the meeting can take place on the weekend or late at night. This cultural difference forces you to be flexible in ways that don’t always match our Western habits.

In the West, we’re very focused on our schedules and some people never manage to adapt. However, when you let yourself be guided by your local partners, they appreciate the fact you adapt to their habits. It’s what creates a real relationship and leads to a signed contract. For a local partner, the final arbiter of time is Allah. To want to schedule and plan all the time is an insult to Allah. So you see each other repeatedly and speak again and again – that’s why meetings can go on for hours before concluding with an invitation to go out to dinner!

This characteristic is definitely one of the most remarkable cultural differences. A few years ago, I took a plane to come negotiate in person. I had planned on staying three days, but that was a mistake. It was impossible to negotiate anything in such a short timeframe. A year later, I had learned from my experience and came back with a week’s time to negotiate. This allowed me to be more flexible. And it worked!

However, the Western contract-oriented culture is slowly influencing local culture. Oral contracts are disappearing and being replaced by written ones, which are still regularly delayed by purchasing and legal departments.
Finally, in terms of negotiation, it’s customary to recruit Indian buyers who, by definition, never let go and always have the last word during a negotiation. That’s all the more important when you know that the majority of our suppliers are managed by Indians.”

Marie Legrand is an alumni of the Master’s in Management with a specialization in finance. She participated in the first transcontinental program at Grenoble Ecole de Management, which allowed her to go to Beijing and New York before finishing her Master’s in Rio de Janeiro as part of an exchange program. She immersed herself in Italian culture while working for a research center in Milan. She discovered the Luxembourgeois and Swiss banking culture. She is now settled in Zurich where she works for a private bank. Her responsibilities include managing accounts for South American clients. 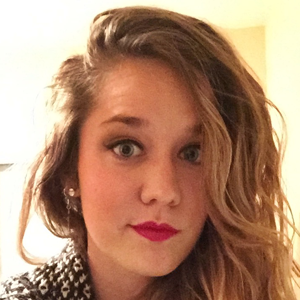 “In Italy, communication is informal and built around the Latin culture and human relationships. In Luxembourg, when you want to approach a client, it’s all about recommendations. You have to establish trust. For example, you go to conferences to create ties and maybe gain a key reference or two. Despite the friendliness of the Luxembourgeois people, it’s still difficult to take a direct approach during meetings. If you’re too aggressive or direct in your sales pitch, that can be a penalizing factor. On the other hand, German culture is more straight forward and engaged.

In Switzerland, I worked with 50 different nationalities in an international organization and a bank. Overall, the American business culture was king. Meetings were carried out by teams with their manager and their manager’s manager, or even the entire department. The idea was to be always improving performance thanks to monthly evaluations with your manager. Also, as a short-term contract, I noticed that I was still being listened to when I spoke up.

I’ve had the opportunity to work with various cultures and in many professional contexts. Working with the Chinese, South Americans or Europeans is a completely different ball game. How you organize work, how you make contact, how you present and express yourself, it all changes. You have to know how to be diplomatic and adapt to a situation. For example, in China being impulsive or raising your voice is frowned upon. In Brazil, you come across a wide variety of behaviors. But, exchanges are fluid and group work is easier. People are usually more open and ready to communicate. Having lived in a melting pot like Rio was a real eye-opener and it allowed me to discover how varied our cultures and attitudes can be.”