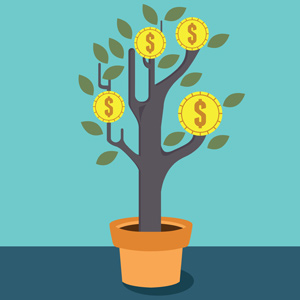 The sharing economy offers a new economic model that disrupts traditional markets such as the automotive and hotel industries. Yet, as these new models evolve from community-based interactions to the wide-scale monetization of individual resources, companies and users are confronted with an identity clash.

The sharing economy is but one name for the many practices and models that rely on sharing, renting, lending or other collaborative consumption practices. No matter the name, all of these concepts rely on economic models that are organized into networks or user communities.

"Various forms of sharing have always existed. But now, it's become an anonymized practice where average individuals are able to share their goods on a wide-scale level thanks to the support of digital technology." explains Gazi Islam, a researcher at Grenoble Ecole de Management.

Understanding the future of a sharing economy

"The sharing economy is really a constellation of related phenomena. We're observing a trend that is transforming consumer products into services. As this evolution continues, there is an emphasis on use instead of ownership. Selling 'use' is in fact much like renting." adds Gazi Islam.

At Grenoble Ecole de Management, researchers from a variety of fields are beginning to work together to understand these wide-ranging phenomena. From energy to organizational theory, the sharing economy offers  new opportunities for development in both the service industry and traditional sectors such as energy and transportation.

"Couchsurfing for example is more community-based. The idea is that all users buy into this community and therefore accept the vulnerability of sharing their couch. The challenge is when you scale-up or monetize these models. You risk losing the community, which can be replaced for example by digital rating systems. The thing with monetization is that to reach economies of scale, you have to instate new forms of control. " says Gazi Islam.

Growth may require a change in identity

As companies expand in this sharing economy, they have to question their identity. If you take Airbnb for example, the company is evolving from simply promoting shared accommodations to offering a unique experience: from staying in a castle to eating a home cooked meal with your host or partaking in a particular local activity.

Amazon's Mechanical Turk provides another stark example of a shift from a form of social activism towards straight-forward outsourcing. "While researchers can use the power of internet users to accomplish tasks that require human input, the system also provides a fast-growing alternative for outsourcing low-wage menial tasks." says Gazi Islam.

The current challenge is to understand these new models. The corporatization of companies in the sharing economy appears to be a key to their financial success. As Gazi Islam points out: "The organizations we don't hear about are maybe those who remain the most community-oriented." This contrast between capitalistic and community-oriented perspectives is at the heart of current research on the sharing economy. It remains to be seen which approach, if any, will win the day.