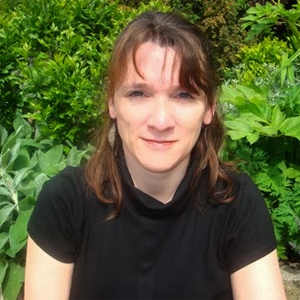 Local currencies, also known as complementary currency systems, have existed for many years. The WIR, a European business-oriented currency, has existed for more than 80 years. In France, local currencies are popping up in cities around the country. To understand the advantages of these complementary systems, we speak with Virginie Monvoisin, a professor and researcher at Grenoble Ecole de Management who is specialized in monetary and financial economics.

What is the motivation behind creating a complementary currency system?

They are usually projects led by citizens to promote ethical or responsible interactions. The goals are to help develop a region, give meaning to customer purchases and create a network based on shared values. Such systems create ties between local businesses, artisans and small companies in order to bolster the local ecosystem.

Creating a complementary currency reinforces local interactions. For example, it can motivate a production company to work with local transportation companies or suppliers. However, to serve the interests of local businesses, such currencies have to reach a critical mass. Their value is dictated by the network that is created among local actors.

What are some examples of complementary systems?

More than 30 local currencies have been created or are being created in France. There is the Mesure in Romans, the Bel Monnaie in Valence, the Gonette in Lyon, the Sol Violette in Toulouse and the So Nantes  in Nantes. One of the oldest local currencies in France is the Eusko in the Basque region.

Another example is the WIR, which was created in Switzerland in 1934. The currency was born out of the economic crisis and is dedicated to serving companies. More than 60,000 companies use the WIR. This complementary currency is business-oriented and helps promote loyalty and ties between companies and their service providers thanks to fidelity points and discounts.

What are the primary advantages offered by complementary currency systems?

In general, these currencies are created with local businesses in mind and allow them to develop their network. When customers pay with a local currency, they receive various advantages which create loyalty. In addition to creating customer loyalty, local currencies offer other advantages for business leaders.

By using a local currency, a business can expand its activity thanks to the currency's network. Business leaders can highlight their commitment to responsible business practices. In terms of accounting, businesses can use such currencies to optimize their cash flow and save euros.

Why do companies chose to join a complementary currency system?

In addition to a business's ethical considerations, a local currency can be an opportunity to increase one's visibility with consumers and suppliers. By definition, local currencies are complementary systems that create a network to boost local interactions. Such currency systems can offer B2B rewards which provide new participants with immediate advantages.

A local currency can also help simplify cash flow management. Complementary currency systems are usually associated with positive values. They are based on trust, proximity and the regional ecosystem.